WE have had a quiet few weeks on the runners front but have been busy at home preparing the horses for the Turf season and this afternoon made it seem we have done a good job, both horses were making their debut for us.

Seraphinite had been off the track for 508 days but didn’t let that stop her winning the Follow At the Races on Twitter Handicap  (5f 0-85) at Windsor.  She was partnered by David Probert and they made an awkward start but raced prominently making headway at halfway and she was shaken up to lead over a furlong out and she kept on nicely to win by 3/4 of a length.

We’re delighted for the Raceology Partnership, her owners, who have been very patient and it was lovely to see it rewarded.  Seraphinite was a good purchase by her owner – she cost a fraction of what Scarlet Bear did and we are delighted with her winning debut for us, she will strip fitter next time out. 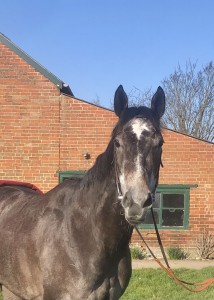 They were always  prominent and pushed on to lead two furlongs out, going clear with a furlong to go and winning by 4 1/2 lengths, she did it nicely.  Scarlet Bear was a good purchase at the Tattersalls December Sales by Tom Goff and Paul Shanahan and it is nice to break her maiden.  She is a valuable filly and will step up in grade for her next race. 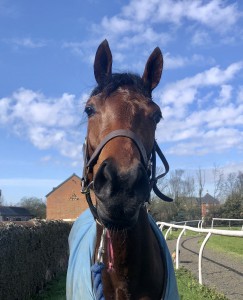 Duke Of Verona gets Phantom House off the mark for 2021!
Lady Bowthorpe back on the course in the Dahlia Stakes