The Facilities at Phantom House 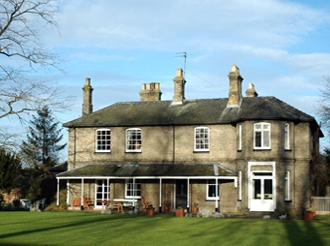 PHANTOM HOUSE is one of the oldest training establishments in Newmarket and has a rich history. During a span of almost a century-and-a-half the 70-box yard has housed hundreds and hundreds of winners, many of whom have been classy. One of the earlier inmates at Phantom House was the well-named Gladiateur who completed that most elusive of achievements – the triple crown. He won the 2,000 Guineas, Derby and St Leger for trainer Tom Jennings, who was installed on the Fordham Road premises by Comte Frederic de Lagrange.

Since Jennings was handler, only a select number have gone on to train from Phantom House. Among those who have was Ryan Jarvis – father to William – who was the incumbent licence-holder from 1952-1979. It was a celebrated spell in the history of the yard with Jarvis snr saddling such stars as Lomond, Front Row and Absalom.Phantom House has many assets, not least its superb position. It is perfectly located just a couple of minutes away from some of the best turf gallops in the world and also several excellent all-weather surfaces. Virtually on the doorstep of the yard are the renowned Long Hill and Warren Hill gallops, while slightly further away up the Bury Road is the famous Limekilns training-grounds, as well as the fine Al Bahathri polytrack. Leading from the back of the property, the Racecourse Side gallops are also accessible. Overall, there are 50 miles of chalk-based turf gallops, which have been maintained year in and year out for over 300 years. Such an extensive choice of gallops to work on ensures that every horse is catered for no matter what stage of its career it is at. The land is owned and looked after by the Jockey Club Estates. Phantom House itself is very well equipped with an outdoor ride complete with an all-weather surface, while there is also a horse walker on the premises, a lunge pit and half-a-dozen turn-out paddocks.